Get me outta here!

Women happen to hate each other. The frontlines go in all possible directions, making every woman a loner in a citadel built of her choices.

(Why hello there, Wanderer. Instead of translating my posts to English chronologically I decided to do it on the go. We shall see how this turns out.)

I used to be allergic to feminism, you know. Now give me a break with this whole thing, I would say. First-world-white-girl problems. 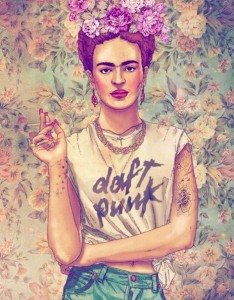 For no man ever treated me shockingly different than his own just because of my gender. Maybe that’s because I’m very short, round-faced and got big blue Bambi eyes. The meanest sonofabitches around seemed to answer kindly to that. Men who used to be my superiors almost always turned out to be awfully decent. Well, maybe except for this one professor, a wickedly cultured erudite, who would treat us students with coffee and ponder: “You ladies are actually guilty of all that happens to you. You lack self-respect.” Or except for this one…wait, make it two…okay, a few physicians, who would react with an outburst of laughter/a frown/a disregard/an outrage (“You shouldn’t say such things!”) when told that I do not intend to breed at all. So, Doctor, how about we focus on my health instead of on my breeding potential, okay? I guess not.

On the other side – my looks did help me land a position once. The recruiter had this warm gleam in his eye the moment our gazes met and out of many similar resumes, it was mine that made it through the whole application process. I liked this job, and I liked the guy. He never tried to take advantage of me in any way whatsoever. Does this rebalance the scales?

Feminism and I used to function in the same universe, but there was no attraction. I never loathed – or seriously mocked – the feminists, but never gave them a good solid thought either. From my point of view inequality between the sexes could wait. Good ol’ bitchiness between us women bothered me much more.

The older I got, the more apparent it became to me that those two issues (namely: the inequality between sexes and the bitchiness) are somewhat intertwined.

I needed almost twenty years of conscious life to get to the point where I am today. Which is: feminism does matter. It matters a good deal.

Many of my personal pet peeves seem to have a common root. For example:

1) A family model, known personally to me –  and to many of You as well. The one where the lady is watching her years go by while cooking, cleaning, laundrying, and attending to her numerous prodigy. At the end of the day, she’s literally pooped. The husband returns from work only to lie his butt on the sofa and pop a beer. He has no interest in those pesky kids. He’s a working man, tired and in need to unwind. From his point of view the bloody woman is being an earsore.

Now, it’s not because men are self-centered pricks “by nature”. I’d say a good deal of them are everything but that. They just get themselves entangled in a prevailing cultural model that serves no one. This model was in heavy use here in Poland during the 80s, when I was a child. I hear that it is on a brink of extinction today. Being an unpaid – and totally disrespected – domestic workforce sure is a bummer. But being a selfish man-child with a budding alcohol problem isn’t that wonderful either. I tell You that: both the Mr. and the Mrs. met a gloomy end.

I wish with all my heart that people stopped feeling obligated to step into destructive family roles. It’s happening everywhere, but not fast enough.

2) The mental luggage which we’ re all burdened with for life. The deeply planted, unspoken notion that the manly things are the only important and fun things, while the ladylike things are everything but. Hard science studies, traditionally perceived as manly, like engineering are something to be proud of. You studied something humanistic? You must be another disheveled hipster – or a woman. Look at this expression: “A woman’s occupation.” Or better: “Chick lit”, “Chick flicks.” It doesn’t sound like real and profound Art is going on here, now does it? I remember some guy on the internet’s acute definition of a “chick movie”. It went on something like this: “There are always two women walking on the beach, wearing idiotic straw hats. It goes on for ages. Later they wipe tomatoes, talk endlessly and cry all the time.” Now, I happen to be a chick and have watched lots of Kurosawa, Ridley Scott and countless superhero movies, but not even one opus as descripted above.

3) The utter and painful lack of female solidarity. I worked in many places. It was always the female coworker who happened to hate my guts from the day one. I’ve been subjected to subtle malice, minor harassment, deliberate belittling and perfidious misleading. The crushing power of unjustifiable, off-the-wall gossip. And countless snide remarks regarding my appearance.

All this was conducted in an extremely discreet, behind-the-back, cowardly manner. None of those smiling ladies ever said anything hostile to my face. After all day of such bitchiness I felt like joining Fight Club.

I am no cartoon femme fatale tantalising married men wherever I go, believe me. I just happened to be noticeably younger than any of those women, and male coworkers liked me. That’s all it takes.

The Sexy Office Lady trope in all its abundance. I wish I had such killer legs.

I wish with all my heart women would abandon the culture of cliques and heavily sugared falsity.  I wish they would ask themselves: Why do I loathe this girl so much? She’s a stranger to me, and she hardly makes half of my wages.

This witches’ brew rumbles and spills beyond the office walls too. Working childfree women despise those who don’t work at all and breed like whoa. (So do I. But I’m working on my mindset.) Self sufficient women tongue-lash dependent women. Respectable wives and mothers express their contempt for single, heavily made up, waify hoodrats who spend their nights boogying. Waify hoodrats mock the boring sexless wives, but also laugh their asses off not-so-slim single ladies out there.

The frontlines go in all possible directions, making every woman a loner in a citadel built of her choices.

It shouldn’t be like this. And it doesn’t have to. Since I found out how biased I really am I work hard to develop my mindset.

Yes, I do prefer to interact with men. I adore men. They got those wonderfully impractical minds, you know. They invented many things that set my soul on fire: samurai movies, video games, heavy metal. All my favourite writers, directors and musicians wear pants, and pants only.

It may be that I’m missing out on something. Giving something important away.

That’s why I believe feminism is good for me.

Next post will be about computer games. Stay tuned!